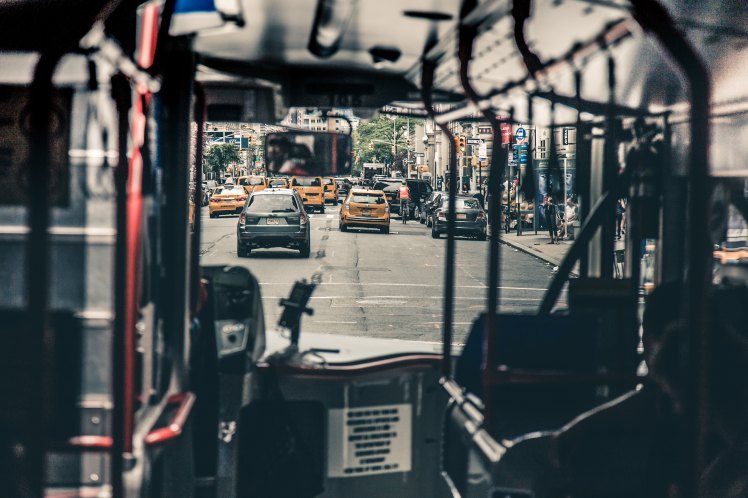 My 4-year-old loves Mo Willems’ books. There’s one called Don’t Let the Pigeon Drive the Bus that’s all about a pigeon who (wait for it) wants to drive a bus. But he’s a pigeon. Even 4-year-olds know you shouldn’t let him drive.

Yet how often do grown adults let fear drive the bus? I know I do sometimes.

Rather than using logic, relying on Jesus, weighing the facts, trusting the process, researching the truth, we let fear drive.

When I was nine or ten years old, a friend of our family who had served in the Peace Corps in South America told me a story about the crazy creepy crawlies they encountered during their time near the Amazon basin.

“We had to leave our house every year when the army ants came through,” she said, recounting the events over a decade later. I loved visiting her home. Not only was her daughter one of my BFFs; she and her husband had the best stories.

They kept a framed box of exotic beetles above their bed from their days in South America, and when we visited I couldn’t take my eyes off of it. Sure, they were supposedly all dead, but if I saw one twitch I was out of there.

“We had to pull back the sheets before bed every night to check for insects,” she told my sisters and me. “There was a huge bug net over the baby’s crib.”

I was horrified and fascinated and impressed and awestruck. You guys, she was so much more hardcore than I would ever, ever be.

Then one particular story she told changed my life forever.

“A neighbor of ours reached in the cabinet for a new roll of toilet paper,” she said. “She put a couple of fingers into the middle of the roll to grab it and there was a huge, venomous spider in there. It bit her and she had to go to the hospital. Her arm swelled up so badly the doctors thought she might lose it.”

But here’s the thing: Since I heard that story at nine or ten years of age, every single time I’ve grabbed a new roll of toilet paper, I’ve peeked inside first to check for venomous spiders. Every. Single. Time.

Hundreds upon hundreds of times in over two-and-a-half decades of life. No matter that I spent my formative years in Wisconsin where there are exactly zero venomous spiders. (I know, I know, this one time someone got bitten by a brown recluse but seriously, there really aren’t any.)

All it took was one story, one vivid example, and I’ve let fear drive the bus when it comes to reaching for toilet paper.

Has this happened to you?

You let one story keep you from getting on an airplane, reaching out to a new neighbor, letting your kids play outside, jogging alone, taking public transportation, hiking that canyon, getting to know someone of a different faith.

Not to say that there isn’t evil in the world, bad stuff, violence and terrorism and botulism and pharmaceutical negligence and the occasional deep-fried cockroach in a box of Chicken McNuggets.

But those things–real as they may be–are often a single story in a sea of other, better stories. Almost every box of McNuggets contains just McNuggets. More people die rocking vending machines than getting bitten by sharks.

There’s power in a single story. But that story is just one.

Millions of kids aren’t kidnapped every year. The vast majority of mosquitoes don’t carry Zika. Odds are if your neighbors seem a little odd they’re just that, not serial killers with secret cellars full of weaponry and anthrax.

If we belong to God in life and in death, then we can live in courage. In freedom. In the confidence that comes from following a God who will lead us, time and time again, not to ease and comfort but to take up the cross of the Gospel so that others can experience the Good News in and through us.

Jesus wants to drive, and he’s a little bit wild and unpredictable and the ride will disquiet us more than we’d like, but only he knows where our bus needs to go.

When troubles come, we will have the courage and fortitude to face them, since our reserves won’t have been tapped out by needless worry and senseless fear.

We always carry around in our body the death of Jesus, so that the life of Jesus may also be revealed in our body. (2 Corinthians 4:10, NIV)

Don’t let fear drive it, either.