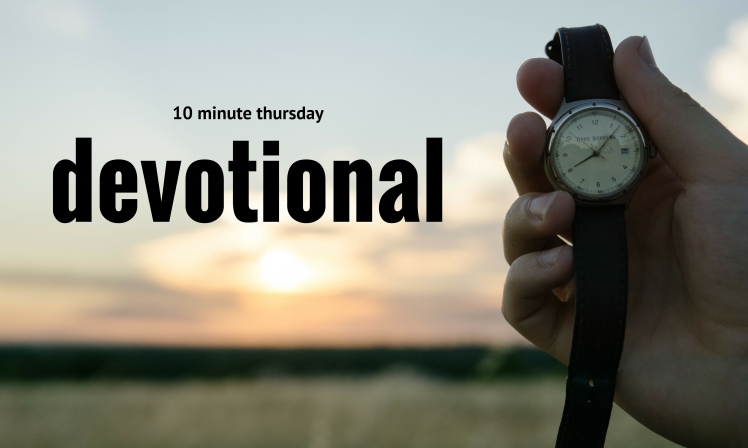 How often do you feel afraid?

Back in college I played hockey, rock climbed, and regularly took solo trips to less-than-stellar neighborhoods. I knew how to take a hit on the ice rink. I rarely looked over my shoulder downtown. I loved the exhilaration of finishing a tough lead climb–of almost falling, but not. (Or sometimes better yet – the rush that came from going for a tough move, falling, and having the rope save me!)

Now I feel afraid much more often. Maybe it was having kids (what if my newborn gets the flu?). Maybe it was entering adulthood (what if we can’t save enough for retirement?). Maybe it was when I started my morning wake-up routine with a dose of CNN (ISIS! Amber alerts! Ebola! Donald Trump!).

There is, it seems, much to fear.

But should we fear it?

1 Whoever dwells in the shelter of the Most High
will rest in the shadow of the Almighty.
2 I will say of the Lord, “He is my refuge and my fortress,
my God, in whom I trust.”

3 Surely he will save you
from the fowler’s snare
and from the deadly pestilence.
4 He will cover you with his feathers,
and under his wings you will find refuge;
his faithfulness will be your shield and rampart.
5 You will not fear the terror of night,
nor the arrow that flies by day,
6 nor the pestilence that stalks in the darkness,
nor the plague that destroys at midday.
7 A thousand may fall at your side,
ten thousand at your right hand,
but it will not come near you.

Before the actor Jimmy Stewart (of It’s a Wonderful Life) was famous, he headed off to fight in WWII. His father, a man of few words, teared up at their parting. He clearly wanted to give his son some last words of advice, of comfort, but he couldn’t speak. Instead he pressed a note into Jimmy’s hand and walked away.

The note was a handwritten copy of Psalm 91. Jimmy tucked it into his pocket and carried it with him into the war, meditating on it during the scariest moments.

How do we keep from being paralyzed?

By remembering the truth.

Dietrich Bonhoeffer – a man persecuted by the Nazis who knew a thing or two about the terror of ungodly powers – wrote in a sermon he titled “Learning to Die”:

‘Fear God’–instead of the many things which you fear. Do not fear the coming day, do not fear other people, do not fear power and might, even if they are able to deprive you of property and life; do not fear the great ones of this world; do not even fear yourselves; do not fear sin. All this fear will be the death of you. You are free from all this fear; it isn’t there for you. But fear God and God alone; for God has power over the powers of this world; the whole world must fear God–God has power to give us life or to destroy us; everything else is a game–only God is in earnest, entirely in earnest. Fear God’s earnestness–and give God the glory.

When we fear God–bowing before his incredible, merciful love in reverence, awe, and submission–worldly fears diminish. The world can harm us. Eventually all of us will die. Yet God’s promises are eternal, and he is the protector of souls. In him, we are everlasting. In him, we are safe. In him, we have peace.

When our firstborn son was about three months old, we moved him from our bedroom into his own crib. At first I couldn’t sleep a wink. I’d check on him every five minutes to make sure he was breathing, that he hadn’t fallen victim to SIDS, that he wasn’t too warm or too cold.

After a couple weeks of this, I was about to keel over with exhaustion.

“We moved him to his own room so you could get some sleep,” my husband gently reminded me. I burst into tears.

“But… I’m so afraid!” I admitted. The what-ifs poured out of me. What if something happened? What if he didn’t wake up? What if I put him to bed and he died in the night?

Daryl looked into my eyes and said, simply, “Jesus is in that room.” He didn’t promise me that everything would be okay. Despite all our care and love for our son, we couldn’t protect him from every possibility. Sometimes the worst does happen. But even if it did, our son wouldn’t be alone. Jesus was there.

Those who dwell in the shelter of the Most High – those who live in God’s tent, under his protection, with his love – they can rest.