My husband had knee surgery a couple weeks ago. In the days leading up to it he went for a prep appointment with his surgeon.

Daryl’s been through this surgery – repair to a meniscus (that cartilage pad inside your knee) – before. Ten years ago, when we were still boyfriend-and-girlfriend, his roommates and I helped him recover by bringing him soup and orange juice and watching soccer together while he dozed.

Daryl asked his doctor if the surgery could be done by resewing the meniscus instead of trimming off the tears. A decade ago, a different surgeon sewed up Daryl’s meniscus. This time the surgeon recommended trimming off the tears. Every time you trim it there’s an increased risk of arthritis and full knee replacement. Sewing is better than trimming.

“Are you sure you can’t sew it?” Daryl asked.

Then the surgeon spoke some haunting words:

“That only really works on younger people.”

Um, excuse me? Daryl and I are thirty-three!

There’s nothing like science to put you in your place when it comes to your own self-perception. We might still see ourselves as young (and indeed, if you’re over fifty and reading this blog post, you probably see us as infants!), but we are no longer young-young. College was a decade ago. We’ve been through graduate school. We have two kids, two vocations, two cars, and the only reason we don’t have a mortgage yet is because we live in southern California where it’s nutty-go-nuts expensive to buy a house.

In a year and two months I’ll officially be in the “Advanced Maternal Age” category if we decide to have another baby. Daryl just had his meniscus trimmed instead of sewn. We aren’t old, but we’re no longer young-young.

It’s made us both think about our mortality.

There’s nothing like watching a loved one head into surgery that makes you feel your own frailty. Sure, it was minor knee surgery. But at some point, I will watch Daryl or he will watch me lie in a bed and not get up. (I’ve made him promise to either let me die first or find a way for us both to die naturally and painlessly in our sleep, so help me hold him to that when the time comes, k?)

At some point we will all face the end of this life.

I don’t know about you, but I don’t love thinking about death. I look forward to seeing loved ones again, of course, and to a body that is healed and whole. I thrill to the idea of meeting Jesus face-to-face. But I don’t want to face my earthly end any time soon. I’d rather my loved ones didn’t, either.

The night before surgery, neither Daryl nor I could sleep. We held hands and looked at the ceiling and prayed and talked and dozed here and there.

“I know,” I said. And I did know. He had a great surgeon and Daryl might not be a “younger” person, but he is in great health.

Still, waiting by his bedside in pre-op the next day reminded me that, at some point, one of us would leave the other. After another decade or a half-century or so, one of us would die. For just a moment I looked down the tunnel of our lives and wondered who it would be, and how the other would continue on.

Daryl held my hand, I rocked the baby’s car seat with my foot, and we laughed over the fact that the nurse was making Daryl wear a hairnet even though he shaves his head like Mr. Clean. We talked about mundane things.

At every pause in the conversation I wracked my brain for anything I still needed to say, just in case.

That I loved him? Yes. I said that again, for the dozenth time that day. He knew. He told me he loved me, too.

There were no confessions to make, no final instructions I needed to give or receive.

And then it was time.

He had no final words other than, “See you soon!”

I blew him a kiss, picked up the baby, and turned back to the waiting room before he could see my tears. Yes, I’m that much of a softie that I cry at routine knee surgery. It was that whole “long tunnel of our lives” thing, k?

But as I waited and prayed and paced and nursed Wilson (who decided that a quiet, somber waiting room would be a good place to get his cranky on), Daryl’s words stuck with me.

These past years have flown by. Sure, a day with a grumpy infant and an obstinate preschooler can feel like it’s nineteen years long, but I also feel like I just graduated elementary school. Daryl and I are going on nearly ten years of marriage. Maybe we’ll have fifty more after this.

But whenever it is that one of us is lying in that bed about to head home, across the Jordan, to meet our Maker, those words will be the same.

Because of Jesus, we will. 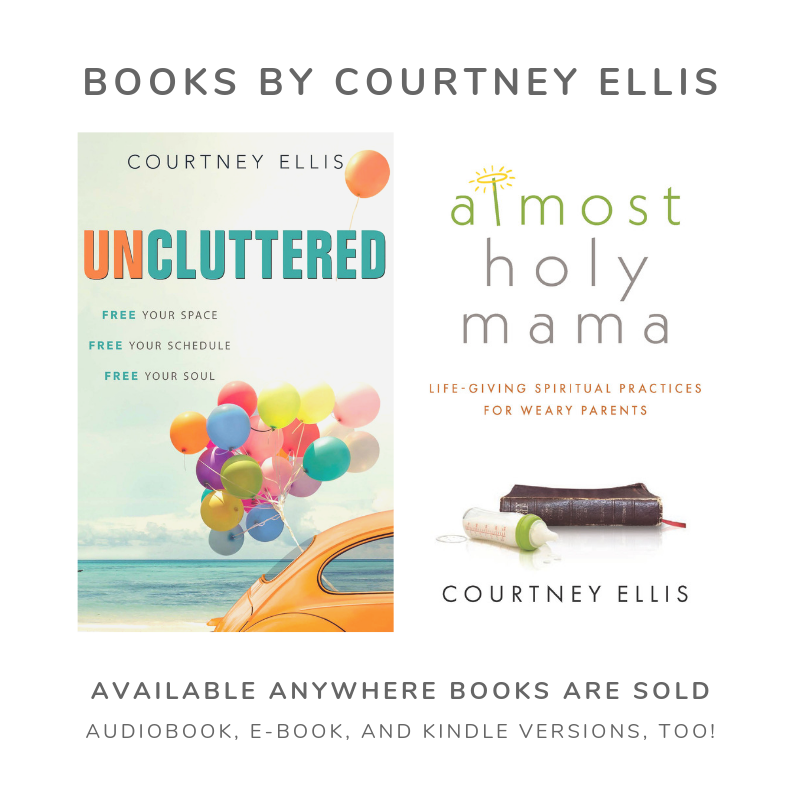